Share a memory
Obituary & Services
Tribute Wall
Read more about the life story of Vicki and share your memory.

Vicki Lynn Chamberlain, 56, peacefully passed away at Delaware Hospice after bravely battling cancer on January 9, 2023.
She was born on March 6, 1966, in Gary, IN to the late Shelva “Jean” Bowers.
Vicki attended Hebron High School in Hebron, IN in the graduating class of 1984.
She moved to Delaware in 1991, forming her own business constructing and renovating homes in Sussex County. She later moved back to Indiana to take care of her Mother, while working at Saco Industries.
Vicki was always a free spirit, who enjoyed laughing and living life on her own terms. She was easy to get along with and always put others first. She was a strong independent woman. She was always viewed as Rosie the Riveter because she was tough as nails. She enjoyed going to baseball games and playing miniature golf, but her greatest love in life was spending time with her grandson, Bryce.
Vicki is survived by her son, Michael Long, her daughter Cassandra Hutchins, her son-in-law Adam, her grandson Bryce Hutchins, her siblings, Tom Chamberlain, Carol Deaton, Karen Jordan, Keith Chamberlain, and Michael Chamberlain, her boyfriend, Clint “Skippy” Clouse, and numerous nieces and nephews.
She was preceded in death by her mother, Shelva “Grandma Jean” Bowers.
Services are private.

To send flowers to the family or plant a tree in memory of Vicki Lynn Chamberlain, please visit our floral store. 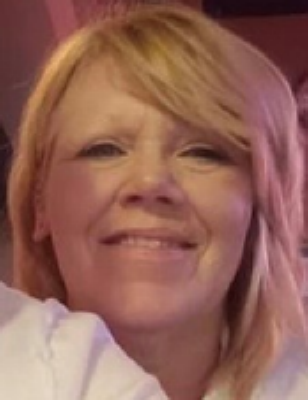 Family and friends are coming together online to create a special keepsake. Every memory left on the online obituary will be automatically included in the book.

You can still show your support by sending flowers directly to the family, or by planting a memorial tree in the memory of Vicki Lynn Chamberlain