Share a memory
Obituary & Services
Tribute Wall
Read more about the life story of Dr. James and share your memory.

Dr. James Harvey Raymond Woodland passed away peacefully on December 13, 2022.  Named for both his grandfathers, he was born in Baltimore, MD, on June 6, 1943, to the late Ira R. and Ruthe  J. Woodland and grew up in Frederica, DE.

Dr. Woodland received a B.S. in Chemistry from American University.  He also completed a Ph.D. in Inorganic Chemistry and a M.B.A. from the University of Delaware.  He went on to work for GAF Corporation in New Jersey and New York and for the David Sarnoff Research Corporation, a subsidiary of Stanford Research Institute.  He held positions both in chemistry and in marketing and was awarded a number of patents.  While with GAF Corporation in New Jersey, he also coached a women’s industrial league softball team that won a national championship in 1992.

After retiring he lived for several years in Albuquerque, NM, working with business partner and good friend, Tom Manaraze before returning to Milford, DE.

In Delaware Dr. Woodland was a member of the First State Corvette Club and the Camden Moose Lodge.  His love for animals led him to serve as a founder and president of Debbie’s Fund (the Debra L. Sipple Memorial, Inc.), which grants money to a number of local animal rescue organizations.  Dr. Woodland was very proud of the work of that non-profit and liked to think about the hundreds of animals that Debbie’s Fund has helped to save.

Dr. Woodland is survived by his daughter, Amber Burgin and her husband Stephen of Helena, Montana; his sister, Janice Webb and her husband Robert of Frederica, Delaware; his stepmother, Eileen Woodland of Frederica; and his consulting partner and longtime dear friend, Dr. Danne Smith of Westfield, N.C.

The family will receive visitors at Rogers Funeral Home, 301 Lakeview Ave., Milford, from 12pm to 1pm on Monday 12/19, with a funeral service at 1pm with the Rev. Brent Rector officiating. Interment is Barratt’s Chapel cemetery.

In lieu of flowers, donations in his memory may be made to the Debra L. Sipple Memorial, Inc., 794 Canterbury Road, Milford, DE  19963.

To send flowers to the family or plant a tree in memory of Dr. James H.R. Woodland, please visit our floral store. 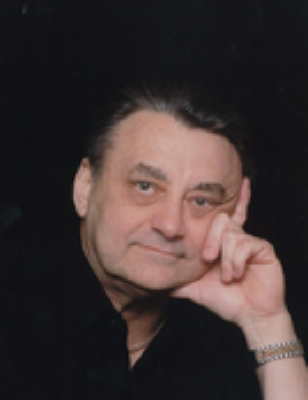